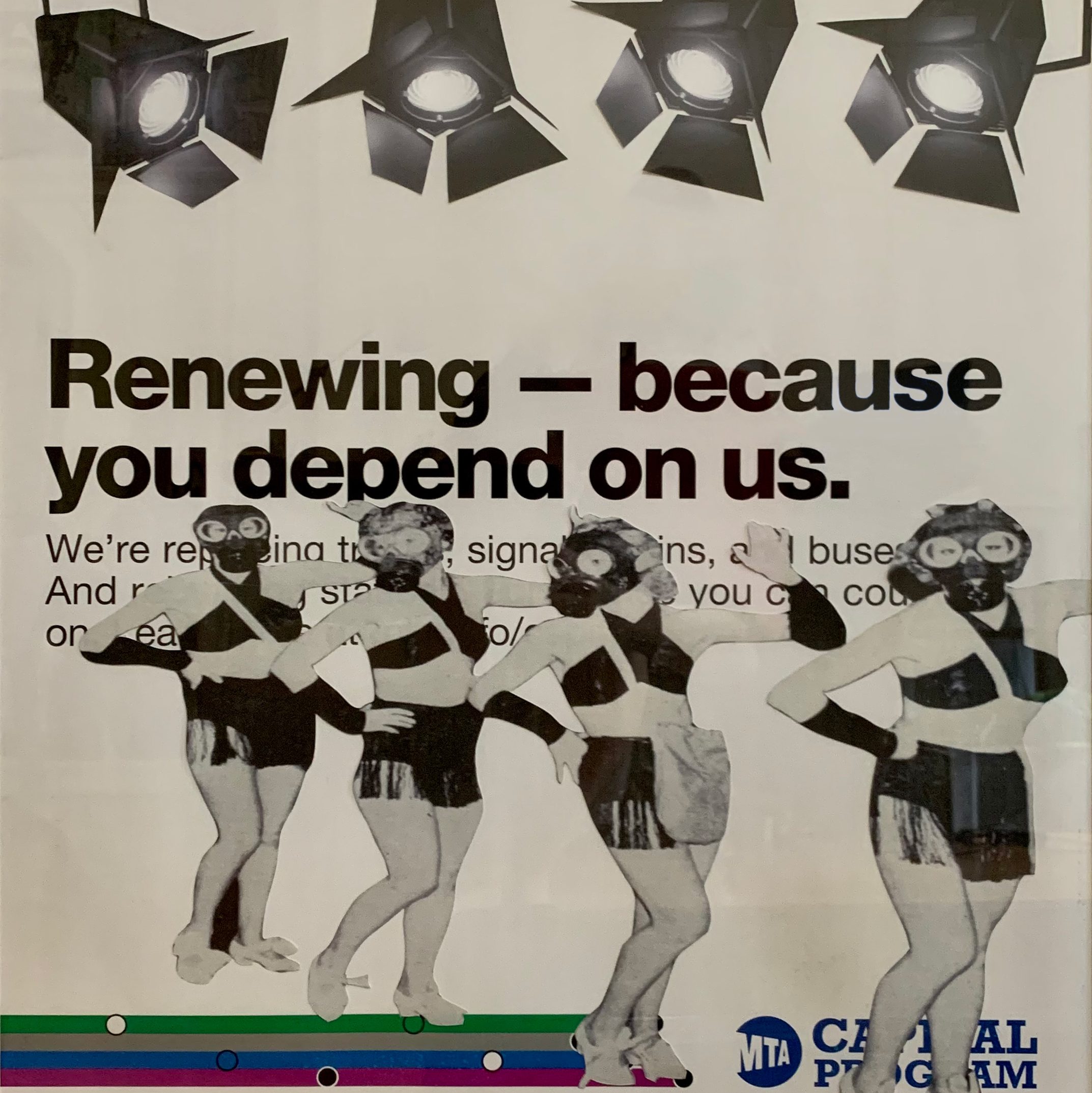 Vignelli vs. Vigilantes/Art vs. Design
Free!

In honor of the debut of the exhibition Masked Vigilantes on Silent Motorbikes and the 50th anniversary of what is now commonly referred to as the “Vignelli” subway map, Poster House is pleased to partner with the New York Transit Museum for a discussion about design in the New York City transit  system and artists’ public interventions. . This panel discussion will include insights from curatorial and artistic perspectives.

First, guest curator RJ Rushmore will share some of the public art featured in Masked Vigilantes. Then, New York Transit Museum curator Jodi Shapiro will discuss the development of the MTA’s iconic visual identity. Finally, artist Jilly Ballistic will go over her work remixing the MTA’s timeless designs, as well as other posters found in the subway system, into new works of art. The program will conclude with a Q&A—questions strongly encouraged!

This program is presented in partnership with the New York Transit Museum. Registration information will be shared with both institutions.

Jilly Ballistic (she/they) may be considered New York City’s leading subway vandal. Over the last decade, she has used hundreds of stations, train cars and advertisements to shine a light on our contemporary political climate and the startling evolution of warfare over the last century. Ballistic has been featured in numerous street art documentaries (“Wild in the Streets,” Dega Films), television series (Canal+, PBS, FlowSTATE, All Arts) and international culture magazines—from AnimalNY, BuzzFeed, Hyperallergic, HUCK and BUST;

RJ Rushmore (he/him) is a writer, curator, and public art advocate. Working with artists including Shepard Fairey, Tatyana Fazlalizadeh, and Jess X. Snow, RJ builds projects that disrupt visual culture. He is a cofounder of Art in Ad Places, a guerrilla public art campaign across New York City’s payphones, and he has curated projects for Poster House, Mural Arts Philadelphia, and the Cantor Fitzgerald Gallery at Haverford College. RJ has been called everything from “one of the most respected critics of street and graffiti art in the world” to “petty criminal.”

Jodi Shapiro is a lifelong New Yorker who has worked at the New York Transit Museum since 2014. Prior to becoming the Curator, she worked in the Museum’s archive (with all the cool photos). She’s curated shows about the Second Avenue Subway, the IRT Flushing Line, the Redbird fleet of subway cars, and the Pullis Brothers. Before she joined the Transit Museum family, Jodi had many jobs: data wrangler, record label stooge, graphic designer, investigative journalist. The most significant of these was working as an archivist for several artists’ estates, including a number of world-renown photographers. She holds a Master’s in Library Science, has way too many cameras, and fears her enormous LP record collection will be the death of her some day.

This online event will be hosted on Zoom with attendees cameras off. Closed Captioning will be provided. ASL interpretation is available upon request with two weeks notice — please email access@posterhouse.org to request interpretation services. A recording of this event will be made available for all registered attendees. Questions about accessibility? Please contact Sarit Cahana, Access Coordinator, at access@posterhouse.org.