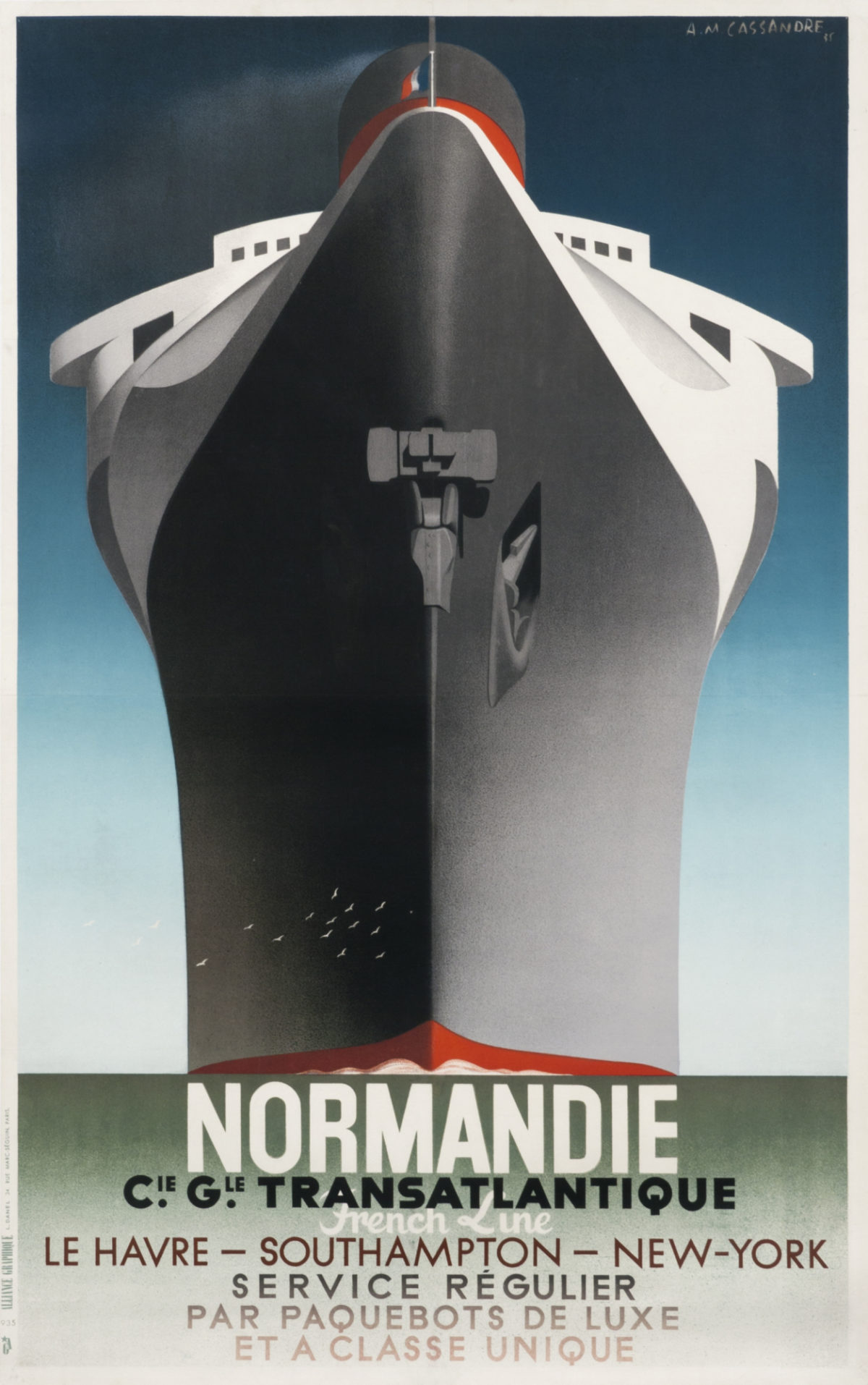 This article first appeared in the IVPDA Vintage Poster magazine. You can read the complete publication here or visit the Poster House gift shop for a physical copy.

Appearing just before World War I, Art Deco became the dominant artistic style of Europe and America up through the beginning of World War II. Devoted to the strong lines and geometric structures of the Machine Age, it was an aggressive departure from the sinuous, organic forms of its predecessor, Art Nouveau. 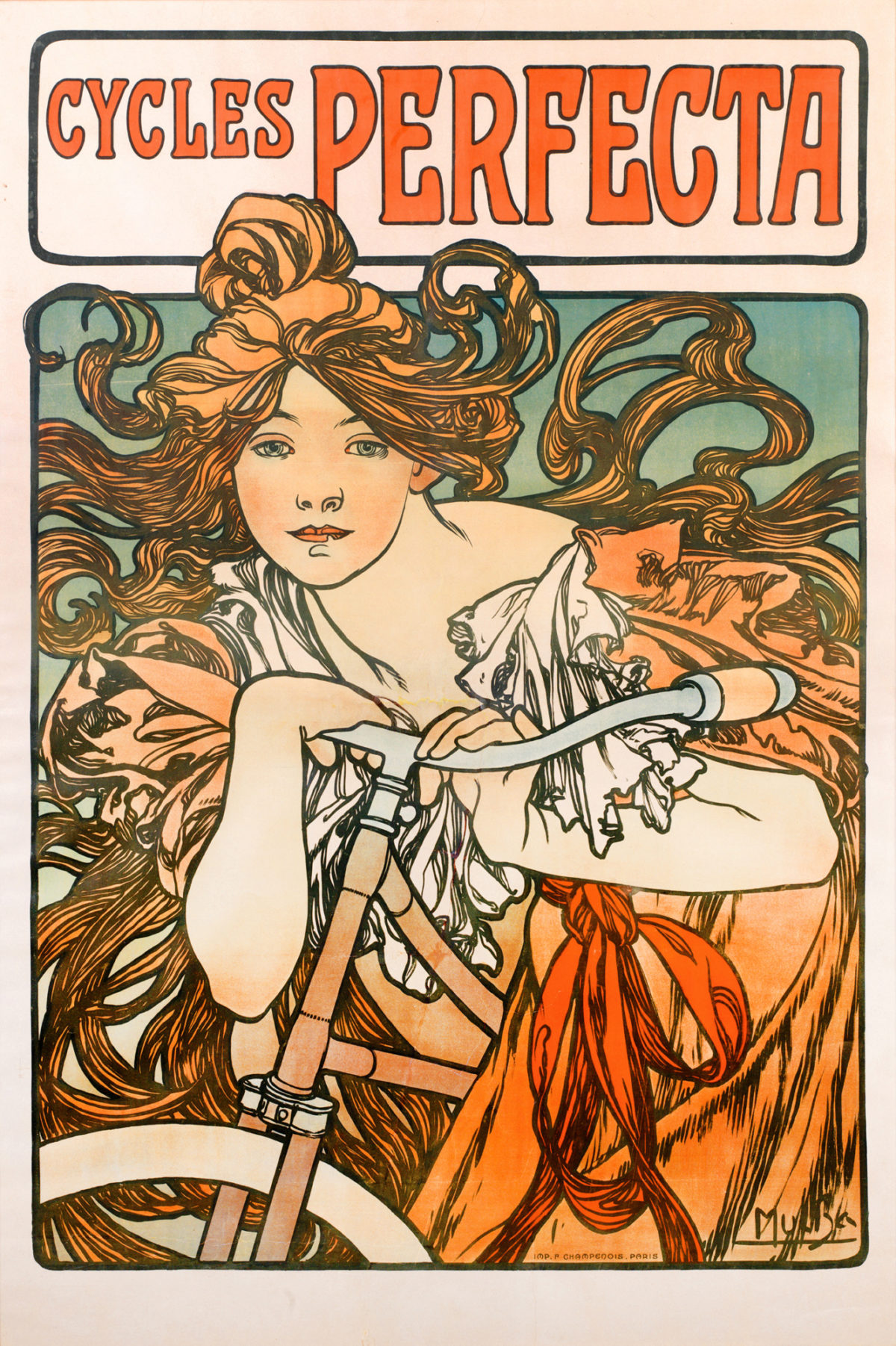 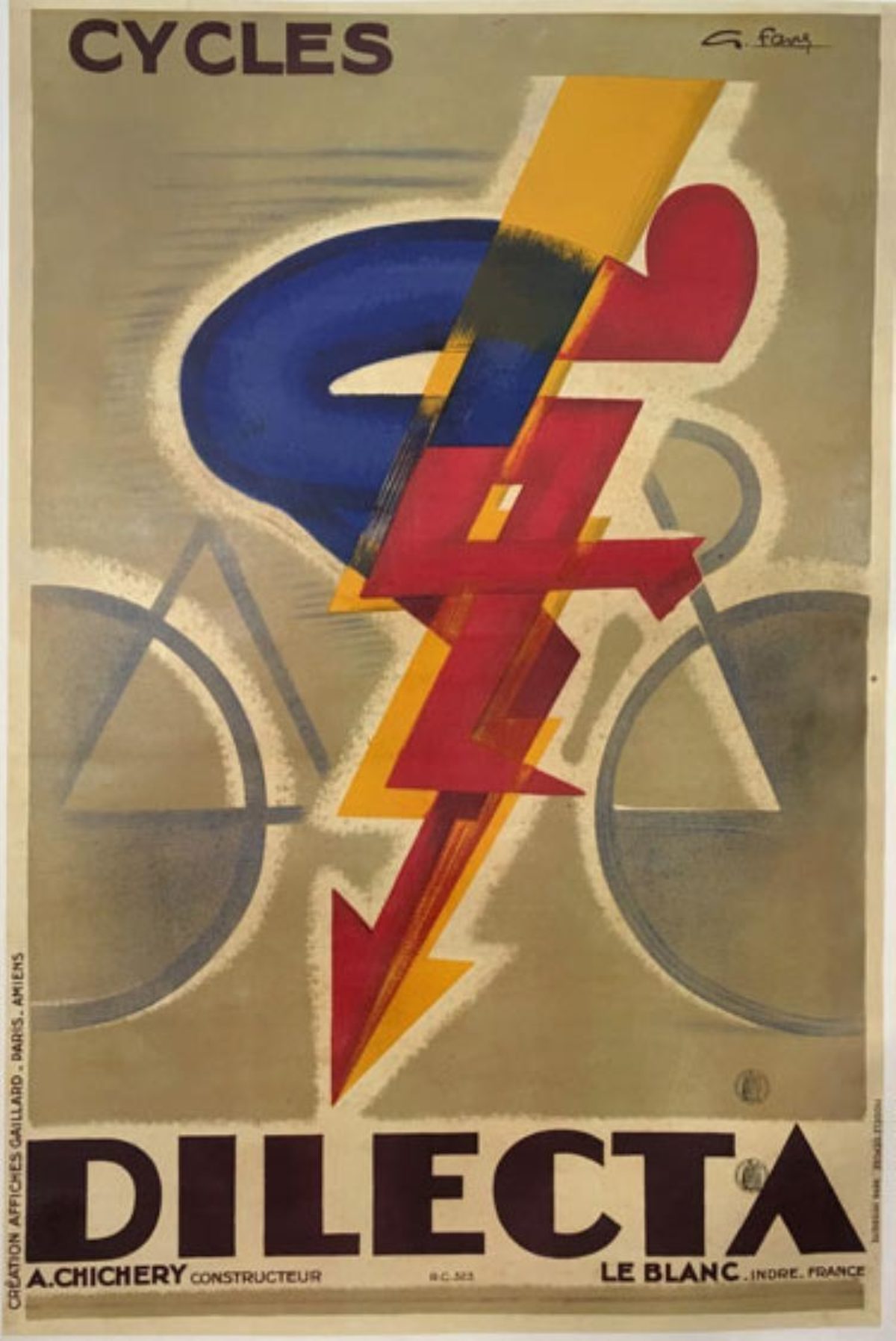 While Art Deco’s influence touched everything from architecture to fashion, its appearance in posters is especially striking. Suddenly, products and destinations were being advertised through the rhythmic repetition of bold shapes, brilliant colors, and a kinetic sense of accelerated movement and power. If Art Nouveau can be described as feminine, then Art Deco is pure machismo. 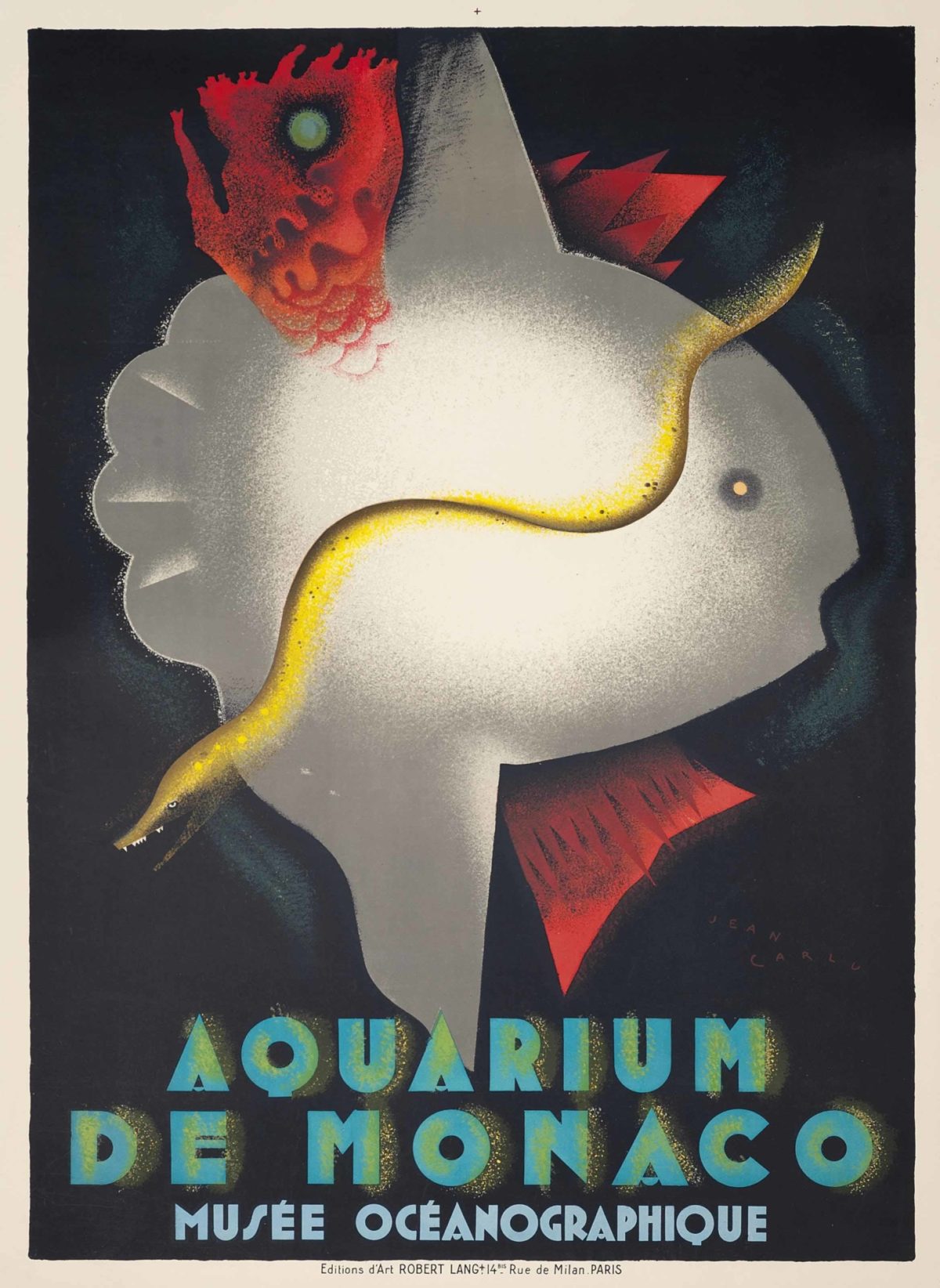 The name itself derived from the famous Decorative Arts Exposition of Paris in 1925. A type of World’s Fair, its seven-month run helped establish the “style moderne” as a truly international movement, bringing together the best ideas of the European avant-garde alongside more traditionally commercial manufacturers. The original goal was to give a platform for the decorative arts, which had often been treated like the redheaded stepchild within the fine art family of painting and sculpture. In reality, the decorative arts influence our lives on a more regular and intimate basis than the fine arts, so elevating them to a place of artistic respect seems not only logical but necessary. Over 16 million people visited the fair (that’s 5 million more than the current population of Belgium), allowing the event’s influence to have a truly global impact. 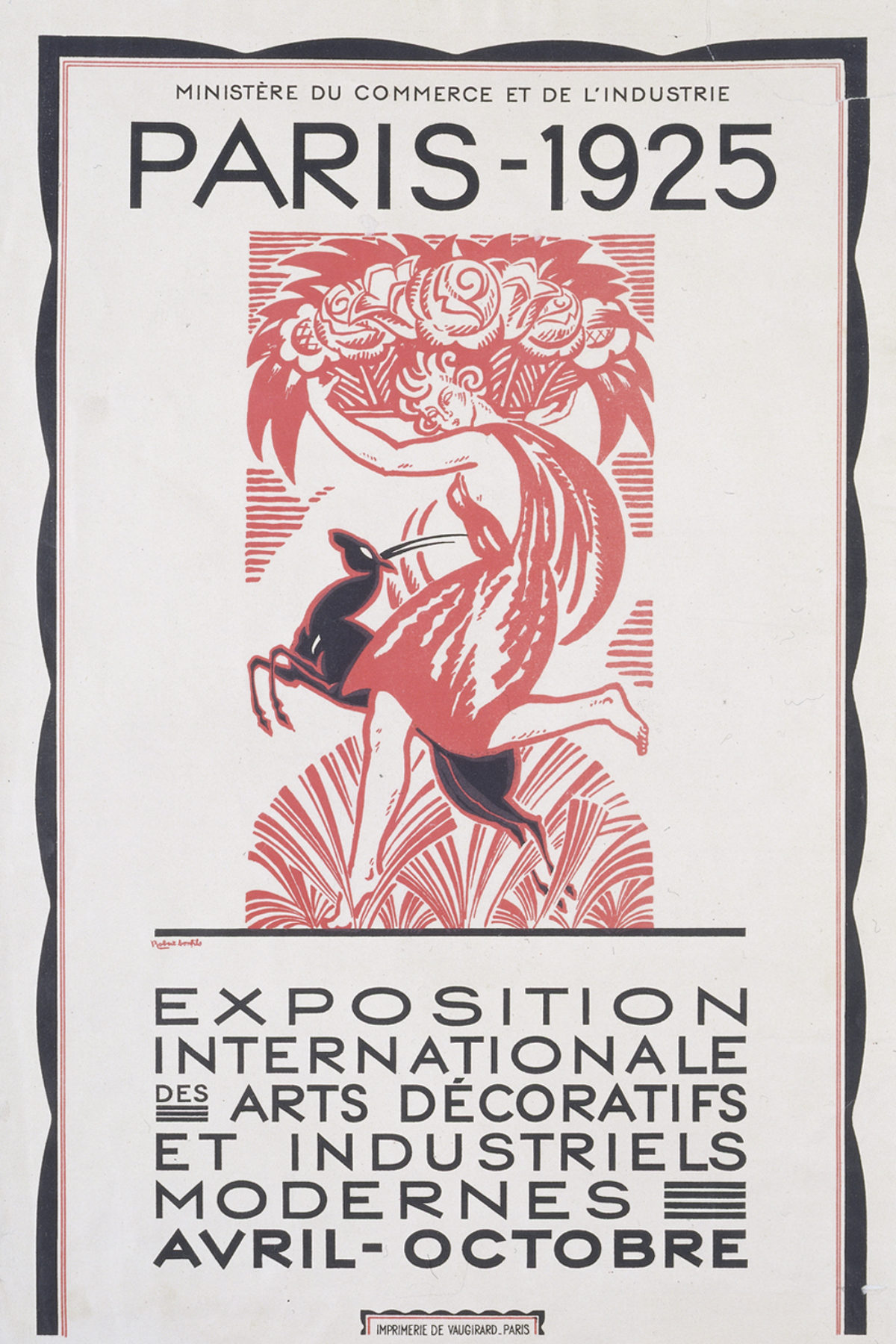 The hallmarks of Art Deco posters can best be described as sophisticated, streamlined, and sleek. Images like A.M. Cassandre’s Normandie(1935, shown above) or Robert Mallet-Stevens’s St Jean de Luz(1928) are almost overwhelming in their presentation of scale—we feel dominated by the impressive architectural presence of both the ship and the building, respectively. Posters promoting more fashionable items, like any of Jacint Bofarull’s designs for Dunhill (1932) or Franco Barberis’s Candee(1929) speak to wealth and glamour expressed through a lens of removed, cool elegance. The same holds true for all of Paul Colin’s numerous posters for performances and parties, wherein he is selling more of an attitude than an event. 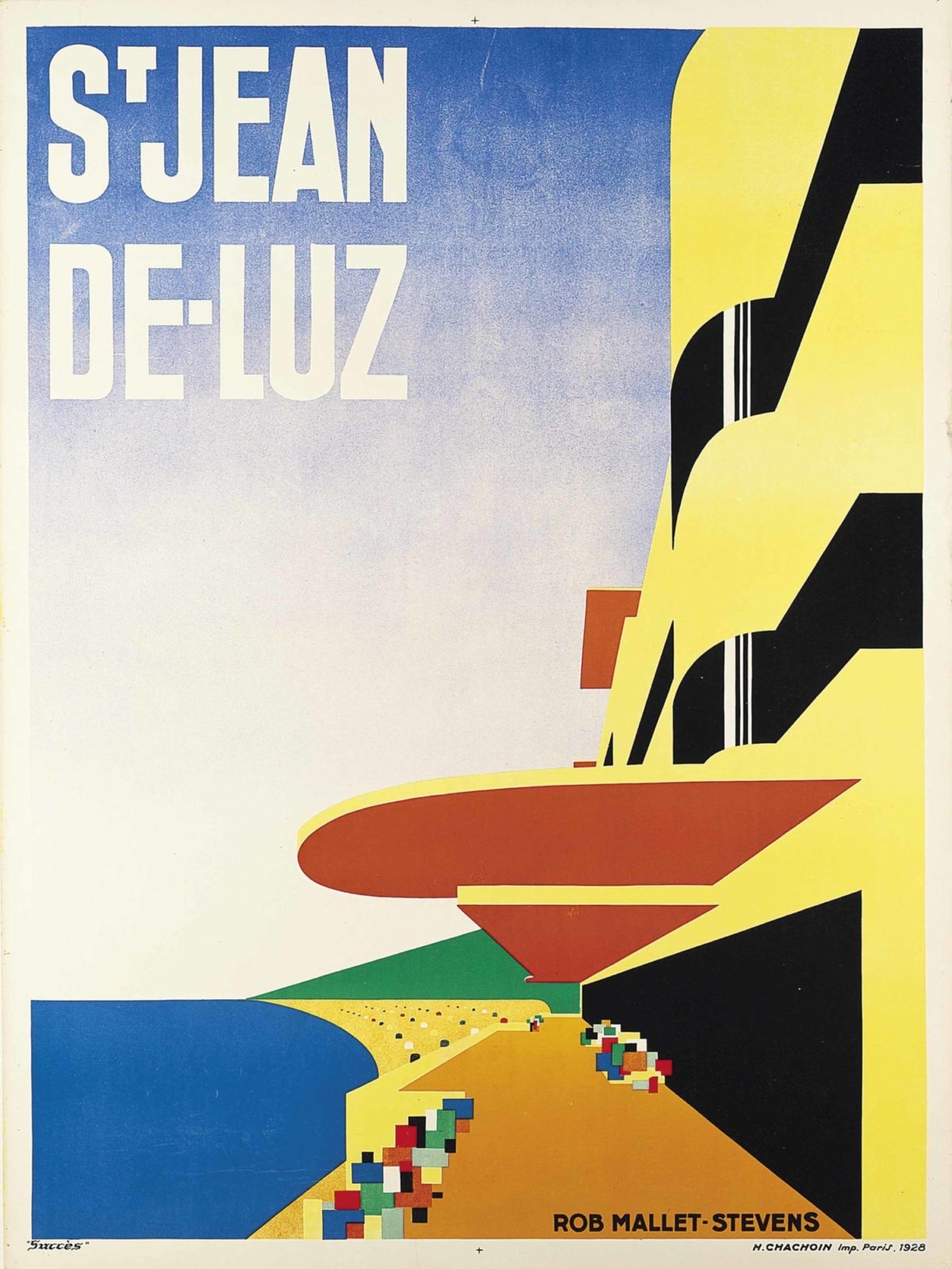 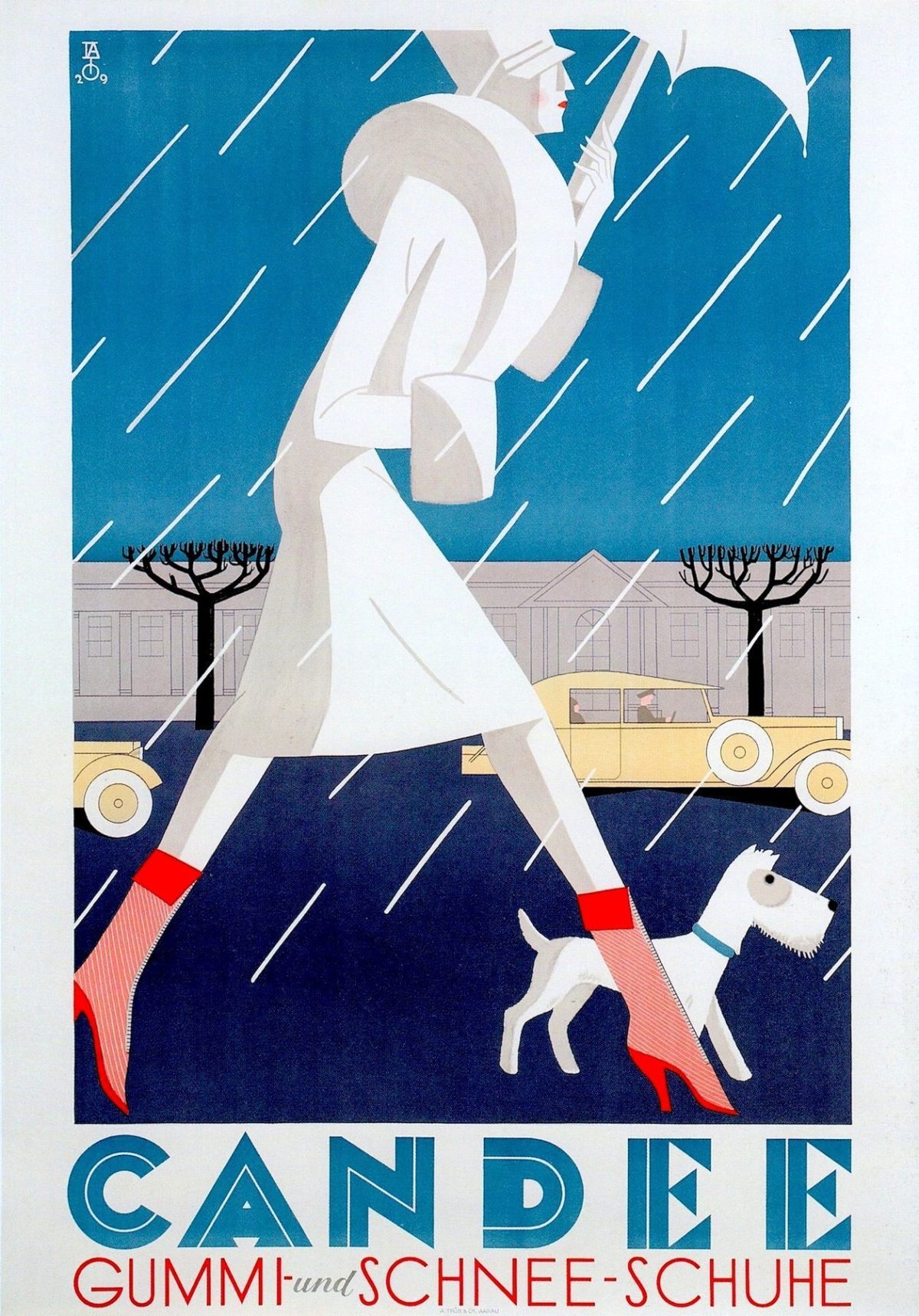 Even such banal consumer goods as light bulbs and newspapers are given a sense of extreme importance and dynamism through Art Deco design. For example, Pierre Andry-Farcy’s Le Petit Dauphinois (ca. 1925) makes the daily paper appear akin to a revolutionary dictator, aggressively gripping information as it filters through the wire, while Nicolay Diulgheroff’s Watt Radio(1933) is nothing short of a visual fire alarm, screaming into the passerby’s eyes. 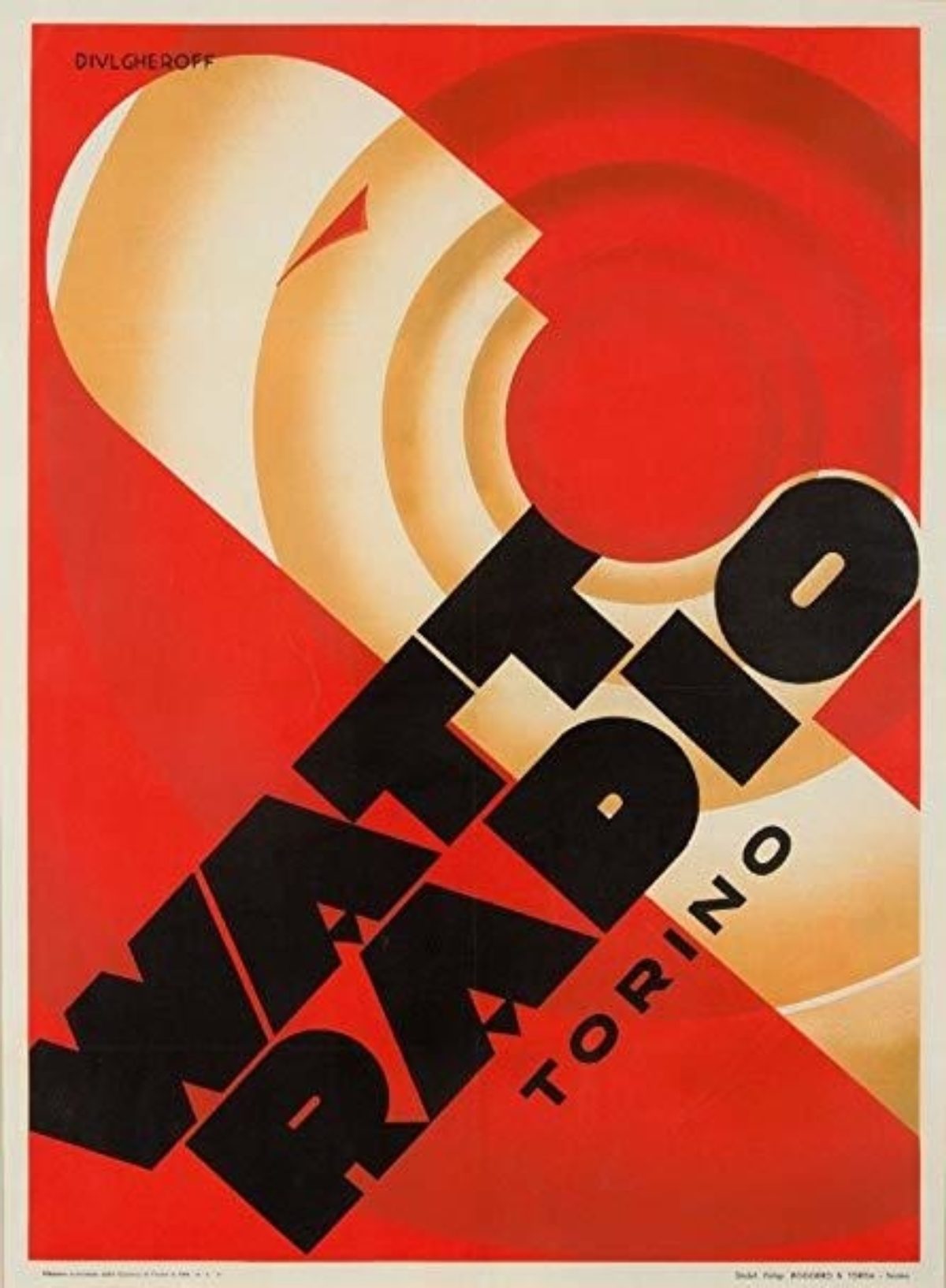 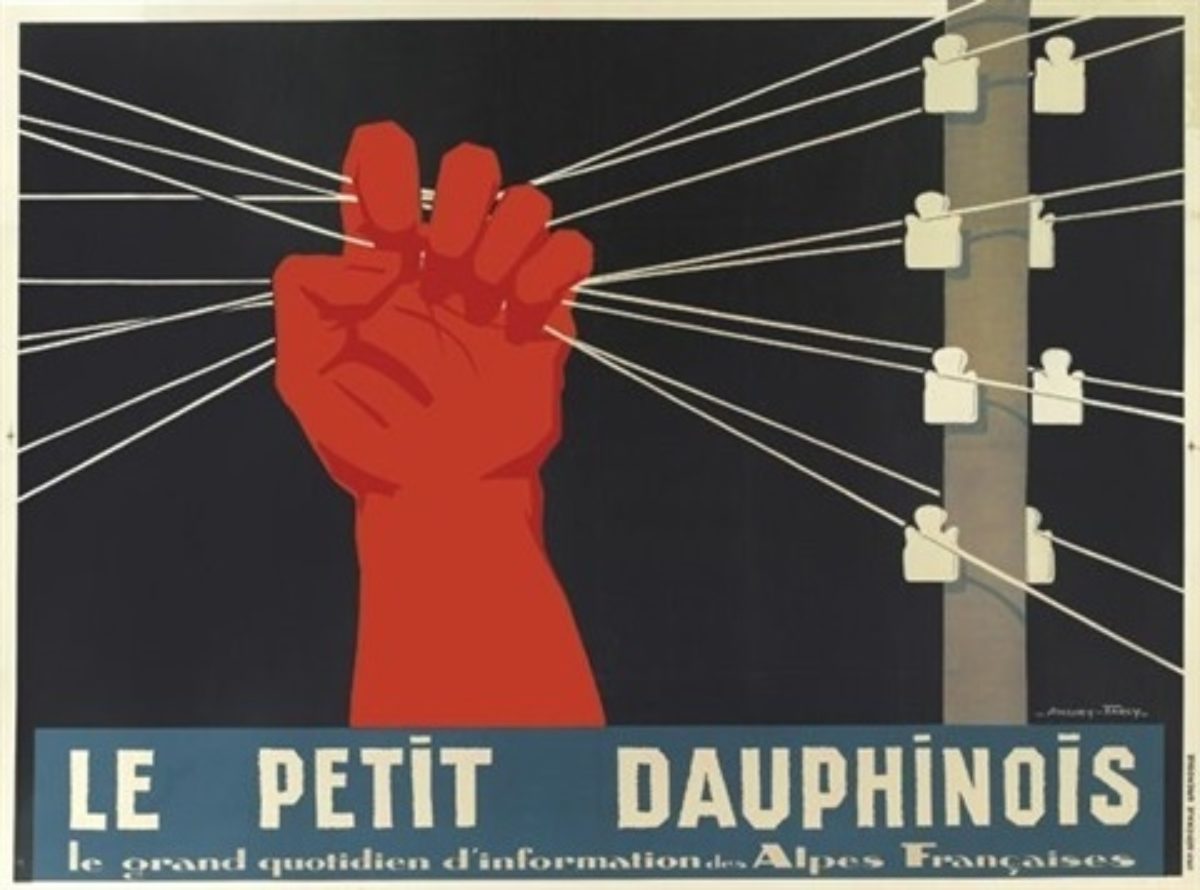 Today, the Art Deco period is looked at as one of the finest moments in design history. The lasting appeal is potentially because the International Style and other forms of Modernism which followed Deco and incorporate many of its cool lines and elegant shapes, are still popular in today’s decorative art scene. While updated and influenced by Mid-Century furniture, our homes fit more readily with Deco’s crisp luxury than the overly ornamental frills of Art Nouveau. This aesthetic thread which ties us to the past makes posters by the likes of Cassandre, Colin, Loupot, Nizzoli, McKnight Kauffer, and countless other design masters still appear fresh, dynamic, and exciting over 100 years later. 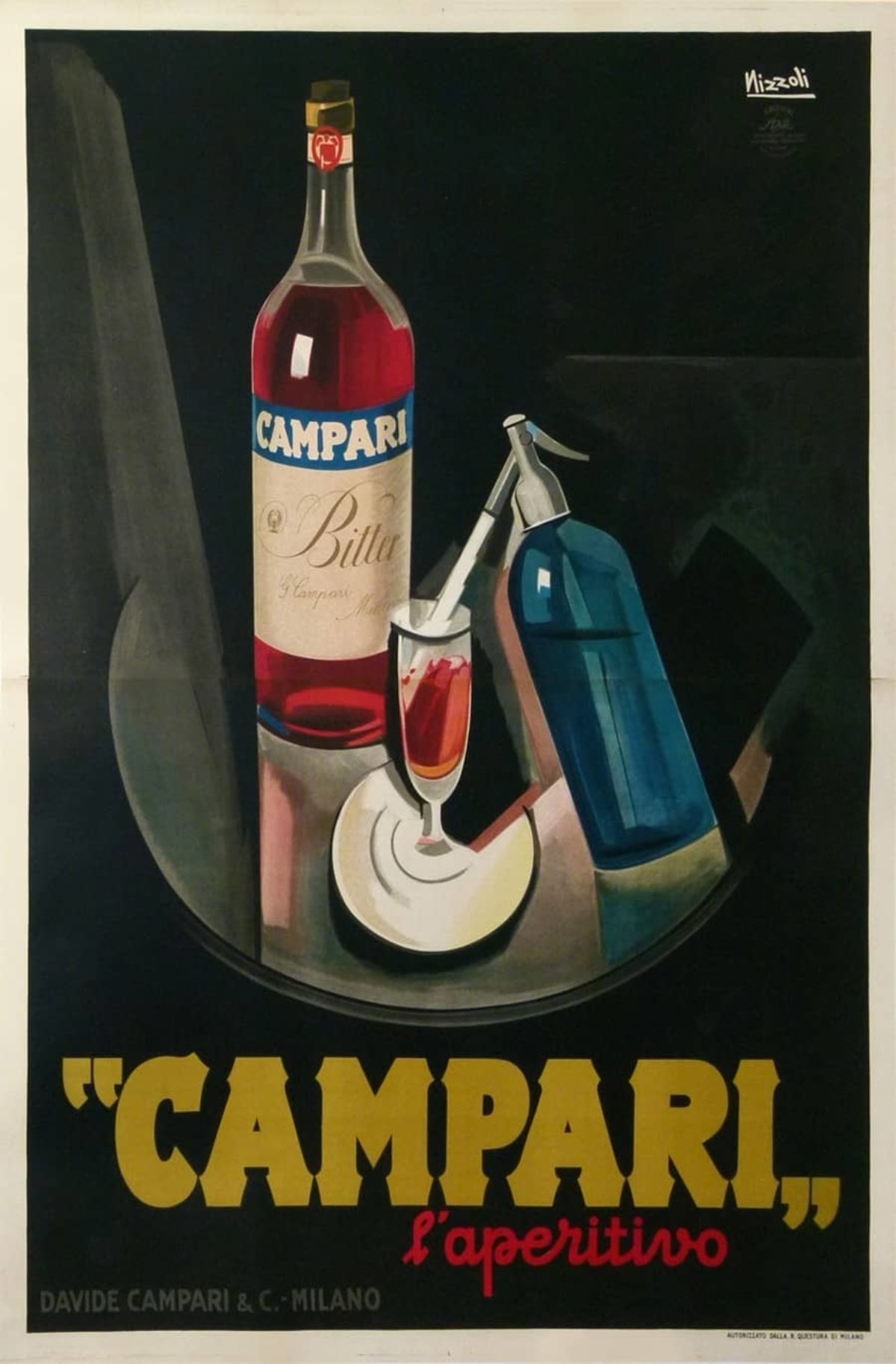