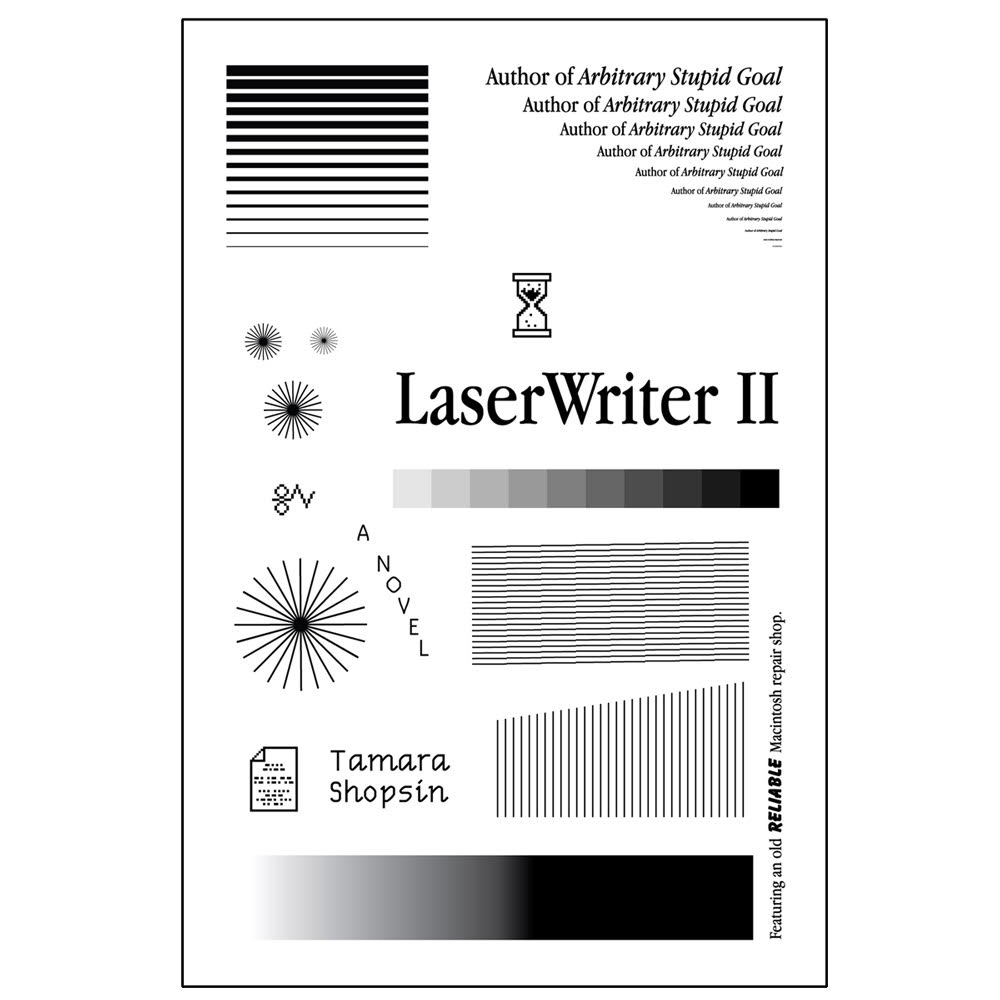 Before there was Poster House, there was Tekserve, the neighborhood computer store that fixed a million tech issues. It was a beloved New York institution, and its ghosts still haunt the museum’s art-filled halls.

Tonight, join Tamara Shopsin as she launches LaserWriter II, a book that brings Tekserve back to life. The event will feature humorist John Hodgman, the world’s shortest reading by Shopsin, and at least one sound effect—not to mention a free poster* with book purchase.

Tamara Shopsin is an illustrator, graphic designer, writer, part-time cook, and co-owner of the New York City eatery Shopsin’s. She is the author of Mumbai New York Scranton and Arbitrary Stupid Goal.

John Hodgman is a writer, comedian, and actor. He is the author of Vacationland and three books of fake facts and invented trivia, all of them New York Times bestsellers, and his writing has also appeared in The Paris Review, This American Life, The New Yorker, and Mad Magazine. He has appeared on The Daily Show, FX’s Married, HBO’s Bored to Death, and Cinemax’s The Knick.

This event is in person at Poster House. Poster House operates in compliance with the Key to NYC mandate. All museum visitors older than 12 must show proof that they have received at least one dose of a COVID-19 vaccine. Vaccination records and IDs will be checked upon entry. Proof of vaccination may include: