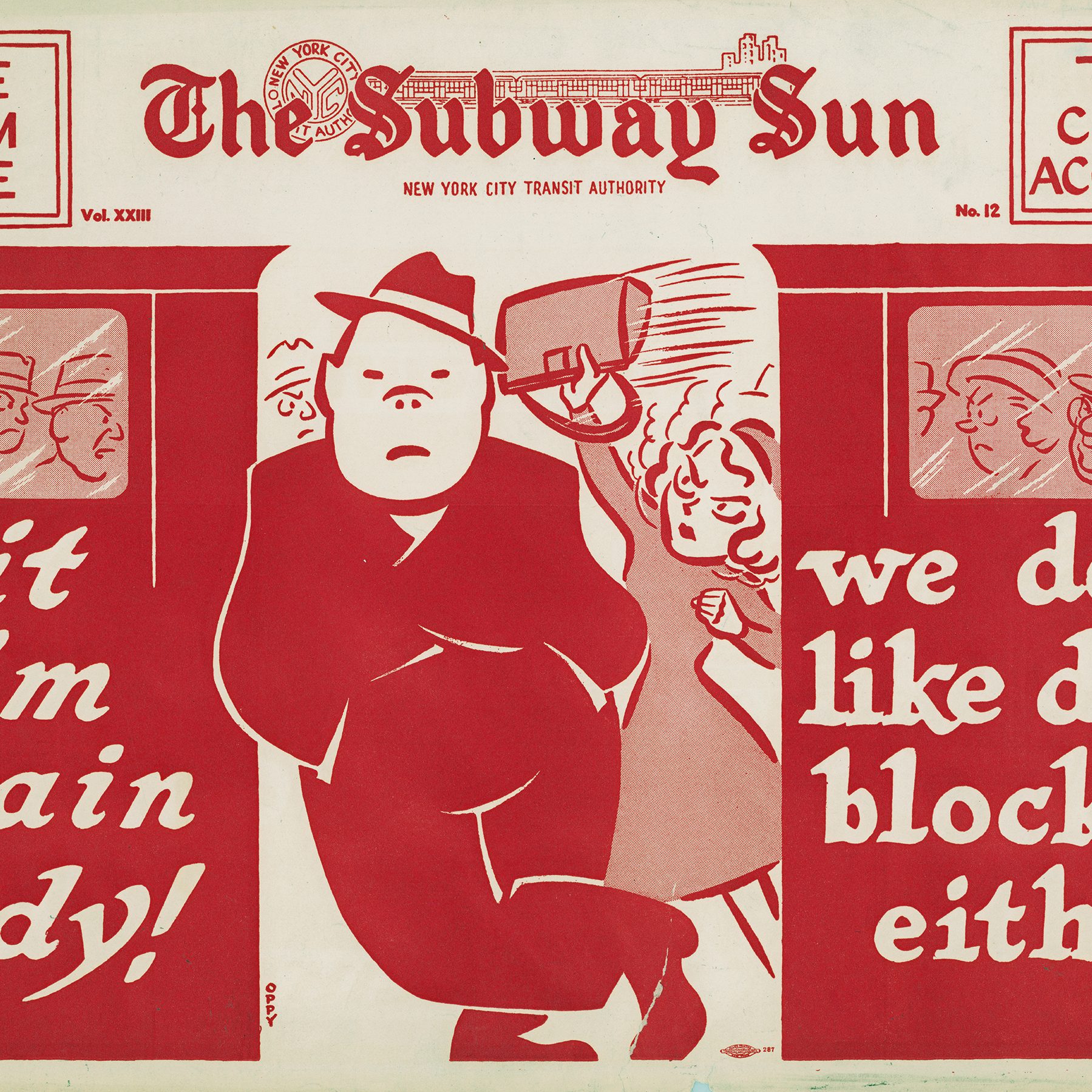 Oppy: The Emily Post of the Subway
Watch Here!

Poster House is thrilled to partner with the New York Transit Museum for an evening dedicated to little-known female poster designer Amelia Opdyke Jones (“Oppy”). Considered the Emily Post of the subway, Oppy created decades’ worth of instructional posters indicating how one should behave when riding the nation’s finest transit system. Full of humor, wit, and valuable information these posters still bring delight to viewers today and are a treasured part of the Transit Museum’s permanent collection.

Jodi Shapiro is a lifelong New Yorker who has worked at the New York Transit Museum since 2014. Prior to becoming Associate Curator, she worked in the Museum’s archive (with all the cool photos). She’s curated shows about the Second Avenue Subway, the IRT Flushing Line, the Redbird fleet of subway cars, and the Pullis Brothers.

Before she joined the Transit Museum family, Jodi had many jobs: data wrangler, record label stooge, graphic designer, investigative journalist. The most significant of these was working as an archivist for several artists’ estates, including a number of world-renown photographers. She holds a Master’s in Library Science, has way too many cameras, and fears her enormous LP record collection will be the death of her some day.