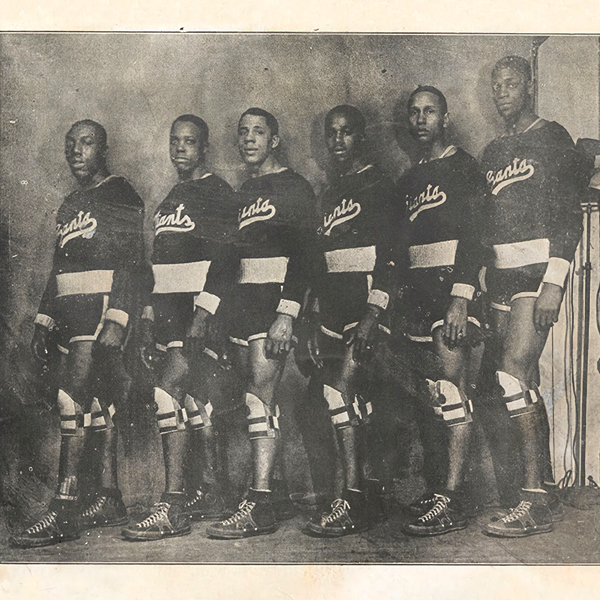 Generations before the NBA, hundreds of pioneering African American basketball players, teams, and contributors began paving the way for today’s star players. Their important achievements and gifts to the game were forgotten by history. Until now.

Join us for a special evening with Claude Johnson, founder of the Black Fives Foundation, where he will examine several rare and historically relevant early Black basketball posters from his organization’s renowned archives. Claude will share insights about these artifacts while exploring the impact that systemic racism had on African American basketball during that period, which lasted from the early 1900s to 1950, when the NBA signed its first Black players.

Claude Johnson is a historian, writer, and founder of the Black Fives Foundation, a 501(c)3 public charity whose mission is to research, preserve, showcase, teach, and honor the pre-NBA history of African Americans in basketball. Its trademarked slogan is “Make History Now.”